Waking up before dawn isn’t always the easiest thing to do… but when it’s for a Sports Team Event like the Oakland Running Festival, you can be sure that the day ahead will be full of excitement.

Some National Holistic Institute students were so eager that they beat the instructors to the site.  While dark clouds filled the sky, the students’ spirits remained bright.  As we began setting up the tent prepared for the team, we knew there wasn’t going to be enough room. The Emeryville campus and Sabrina Italia even came prepared with two additional tents – still, there were at least 8 tables that were left to brave the elements.

Before the event began, Curtis Hisao led our crew in a briefing to lay out our expectations for the day and of course… took some group pictures!  One of the Emeryville Team, one of the San Jose Team and the all inclusive team picture.  (You can see the sun trying its best to come out to greet us) 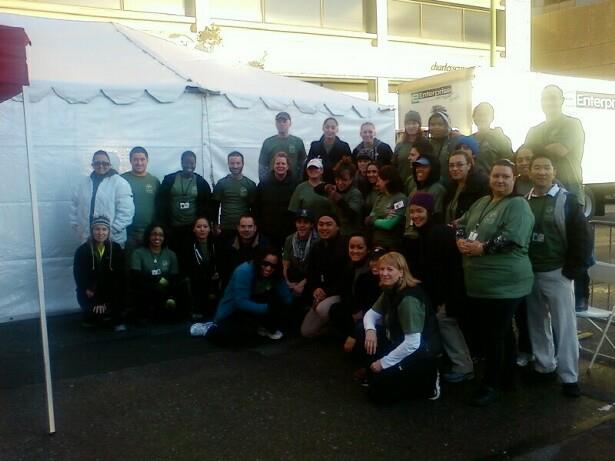 Over 9,000 people participated in the Running Festival this year and as the students can attest, the runners came in tsunami-sized waves to the massage tent.  First the 5K and 10K runners were treated to the bodywork… then after a 45 minute pause in the action, the Half and Full Marathoners came crashing down on the massage tent. With support from Dr. Jessica Greaux and InnerSport Chiropractic, the team completed over 450 complimentary massage sessions, including one special session for a national spokes…gecko??? 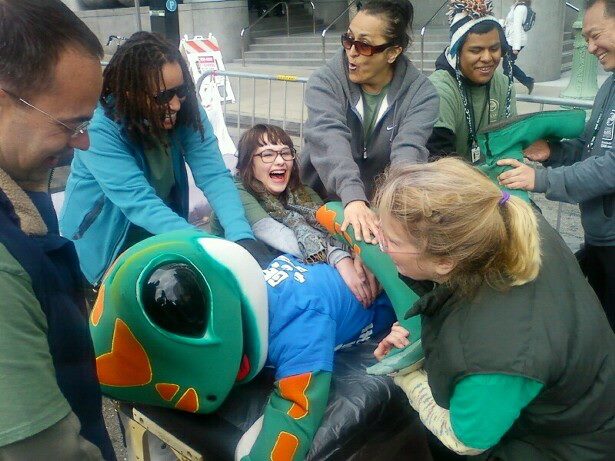 The NHI Team enjoyed their 3rd year supporting the efforts of The Oakland Running Festival and with the continued growth of the event, it appears to have a bright and exciting future ahead.