National Holistic Institute was named Massage School of the Year last night during the Industry Awards Ceremony at the 2012 World Massage Festival in Las Vegas.  Joe Bob Smith, NHI’s Strategic Development Manager, accepted on behalf of the numerous staff, students, and graduates who have worked for 33 years to make NHI what it is today.  The award was presented by noted international massage teacher James Waslaski. 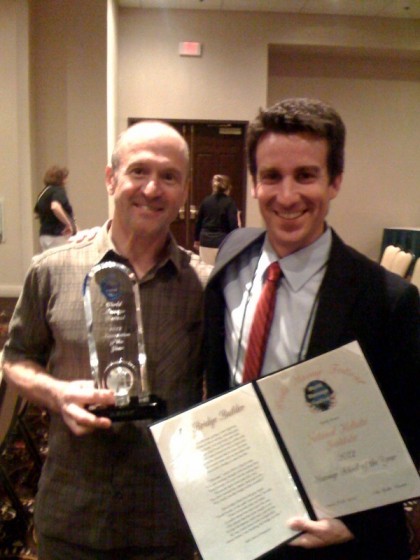 Other industry awards handed out included the Association of the Year which went to ABMP.  Brian Halterman, a graduate of NHI and ABMP’s Education Program Coordinator, accepted.  Longtime friend and supporter of NHI, Lynda Solien-Wolfe of Biofreeze received the first Bonnie Prudden Meritorious Award for her volunteering and service to the massage profession.

Lynda told Joe Bob that it was actually an encounter with James Charlesworth, NHI graduate and former staff member, in the mid-90’s that led her on a path of volunteering.  Coincidentally, James Charlesworth was posthumously inducted into the Massage Hall of Fame at a World Massage Festival ceremony held Sunday night.  Jim was most known for creating the Massage Emergency Response Team (MERT).  During the aftermath of the 1989 Loma Prieta earthquake, Jim desperately wanted to help.  So, he did what he knew best – massage.  Jim and many of the students and staff of NHI worked tirelessly to massage relief workers and victims of the earthquake.  Jim’s legacy has lived on at NHI where, for over 20 years, students and staff continue to offer help in times of need.

But Jim had an even bigger vision and took MERT to the American Massage Therapy Association where it became a national program.  Cynthia Ribeiro, NHI’s curriculum supervisor and AMTA President, became teary-eyed when recalling Jim’s sense of giving.  Cynthia volunteered with Jim at the AMTA several years before she joined NHI.  She’s proud that both AMTA and NHI have continued to fulfill Jim’s dream. 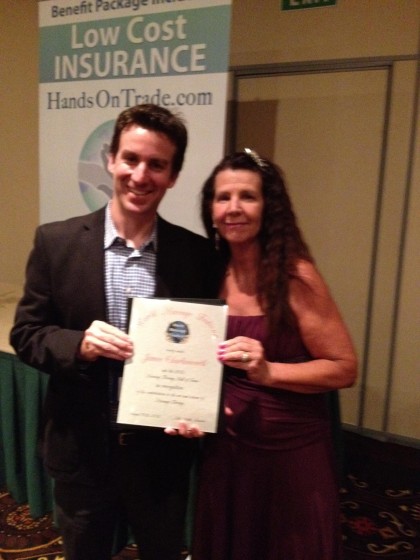 James Charlesworth’s posthumous induction into the Massage Hall of Fame is received by Joe Bob Smith on behalf of NHI from Judi Calvert, massage historian and founder of Massage Magazine. 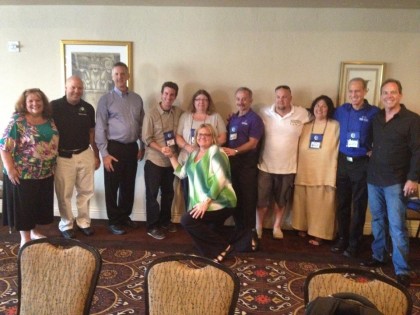