NHI at Bike MS and the Nike Women’s Marathon: Sports Massage for Athletes

October 19 & 20 marked the annual Bike MS 150 Bay to Bay tour. Bike MS will take you farther than you’ve ever gone before. It’s not just the miles that matter; it’s the unforgettable journey. National Holistic Institute Santa Ana and Studio City campus students and Staff joined in together for an event that is more than a ride. It’s anticipation, camaraderie personal accomplishment and the knowledge that your changing lives… making every massage that much sweeter. Don’t just ride, Bike MS is their motto and this past weekend was definitely a weekend to remember. 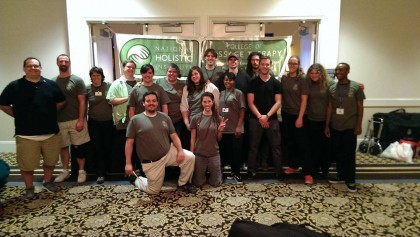 Bike MS Bay to Bay tour is a one or two day journey down the gorgeous coastline of Southern California from Orange County to San Diego. Twenty-six students from Studio City and Santa Ana shared two days working on a total of 476 cyclists who are fundraising for the Multiple Sclerosis Society, making a difference in the lives of people affected by MS! 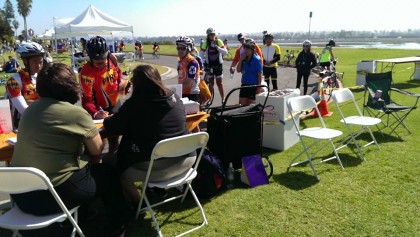 A great weekend was had by all, especially the joint effort of both campuses coming together for such a worthy cause. NHI is a proud Gold Sponsor for the National Multiple Sclerosis Society, now celebrating its third year.

With the Fall season comes many sporting events, our favorite of which includes the Nike Women’s Marathon which took place in Northern California the same weekend was also a blast!   The NHI Sports Massage Team, made up of 105 of our amazing students completed over 1,100 massages over the course of the event!!  Now that is what I call making a difference!