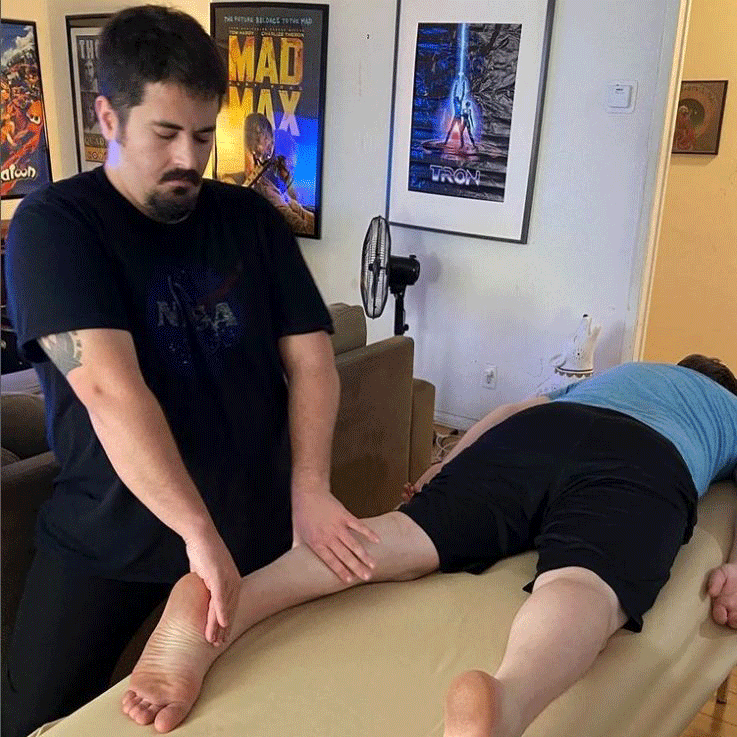 We often hear from our students and graduates how their massage therapy training at NHI changed their life. It means the world to us to know that we are fulfilling our mission of, “Helping People Have Work They Love.” Every now and then, we hear from students and grads that our program saved their life. Just as we begin to think they misspoke, they just as quickly emphasize that it’s not an exaggerated statement. For that we are honored and compelled to continue doing what we do every day.

I moved to Los Angeles from the East Coast in 2013 with the hopes of becoming a successful TV writer and stand-up comic. After about 5 years on that grind, I realized how alienating and draining it felt to be pursuing a career that was all about reducing myself to a brand and reducing the value of every thought in my brain to whether or not it was funny. When I finally gave up on that dream, after having pursued it for over a decade, I was left with a big hole where my sense of purpose used to be, a hole that was augured even wider when my marriage ended.

I ended up turning back to one of my older passions, martial arts, and began studying tai chi. I was reminded of how much calm, balance, and even joy was brought by the feeling of fully inhabiting my body and feeling powerful in my own skin. I decided that I had to pursue some kind of goal that would allow me to center that state of being for myself and even perhaps facilitate that experience for other people.

At first, I thought about acupuncture school, since my tai chi practice had already let me get familiar with the basics of Traditional Chinese Medicine (TCM), but that would have meant either taking 6 years to complete a degree part time or somehow finding a way to quit my day job and support myself for four years doing it full time.

A tai chi classmate of mine, who is already a practicing massage therapist, turned me to the possibility of massage school, which would only take a year even doing part time, which would allow me to keep my day job to pay the bills, but then let me transition quick enough that I didn’t have to keep feeling stuck in my current environment, and then if I still felt like pursuing acupuncture school later on, could afford me much more flexibility to do so than an office job would.

Since I started at NHI, I Feel like the Shift has been Night and Day 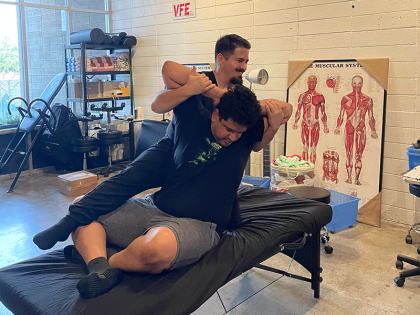 During my initial admissions call, I was just so impressed with how robust NHI’s offering of resources to students was to make sure that a student would be set up with sustainable paid work by the time they graduated. It was the exact opposite to all the other school programs I had done where the promises of a career after getting a degree were nebulous at best.

Since I started at NHI, I feel like the shift has been night and day. I’ve gone from a career path where I felt like I was on a Sisyphean grind where everyone around me was a competitor and I had to toil endlessly to create my own opportunities to one where I feel a constant state of ever-deepening and fulfilling connection with my classmates, colleagues, and clients.

It’s not Hyperbole to say Massage has Saved My Life

I feel less alone, and not just hopeful, but EXCITED for my future for the first time in a long time. It’s not hyperbole to say massage has saved my life. 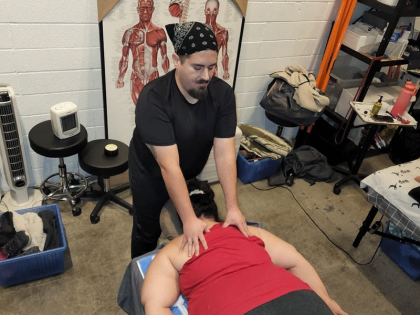 I really enjoyed being able to start in the Eastern Segment because I felt like the Shiatsu massage sequence and the courses on TCM theory helped me to build on the knowledge I already had in a way that I was hoping to get from acupuncture school. The Thai massage techniques have also been really fascinating as far as exploring all the different ways to use one’s own body mechanics to stimulate a client’s soft tissue.

Since I am currently doing my externship in a sports-oriented clinic where clients are always clothed anyway, I have gotten a lot of mileage out of combining both the Shiatsu and Thai massage techniques, and love being able to introduce friends who don’t have a lot of experience with getting body work to receiving a massage in a way that doesn’t demand as much vulnerability as Swedish massage might require.

Expand My Knowledge of Sports-Oriented Techniques

I hope to continue working at the clinic where I’m currently working and expand my knowledge of sports-oriented techniques and treatment so I can cater to other martial artists, pro wrestlers, power lifters, and other arenas where I’ve personally witnessed a lot of participants experiencing chronic pain and discomfort.

If you are interested in pursuing a career in Massage Therapy at National Holistic Institute, I would advise you to relish in the vulnerability of both someone trusting you with caring for their body, and of you being willing to offer that care! There’s something very restorative about the kind of connection that comes from that implicit mutual trust, and if you approach your practice and your clients with that kind of gratitude and embracing of that connection, people will appreciate your work even more as it will touch them on an emotional and spiritual level, beyond the physical.

Get the details on how to pursue a career in massage therapy with National Holistic Institute. Complete this form to connect with an admissions representative today.