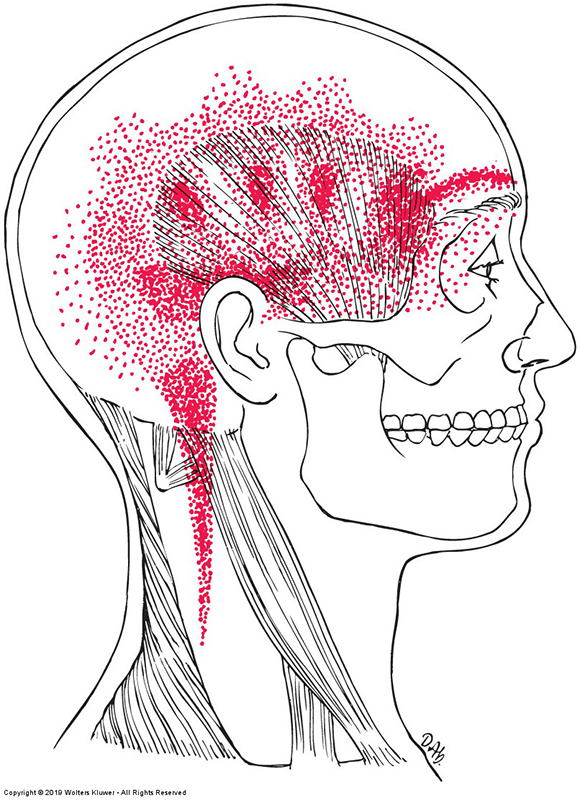 June is National Migraine & Headache Awareness month. In an effort to increase awareness, Phil Okazaki, Senior Advanced Neuromuscular Therapy Program Instructor from the San Jose Campus has provided a list of the most prevalent headaches and how Neuromuscular Therapists assist patients in the management of the associated discomfort from migraines and headaches.

Headaches are one type of pain that people feel is “normal.” Most of the attention has been focused on four of the most prevalent types of headaches.

The most common form of headache is the Tension Type Headache; it is also the most often neglected. “Functional and work disability has been described by 60% of patients with headache and accounted for 64% of the reduction in working capacity due to head pain.” Let’s take a closer look at each of the most prevalent types.

Migraine and TTH episodes show significant changes in serotonin levels. Serotonin is a neurotransmitter that has been implicated in a number of central nervous system disorders. The changes in serotonin activity may lead to the dilation of arteries in the periphery of the brain. The excessive vasodilation stretches blood vessels, causing pain. Additionally, prostaglandin release may initiate an inflammatory response which adds to the fluid in the closed cavity of the cranium.

These can last from 30 minutes to 7 days and have at least two of the following features:

The discomfort of TTH is similar to a band squeezing the head. There is a lot of debate over the pathophysiology of TTH. The predominant theory historically has been that TTH are due to sustained contraction of the cervical and pericranial muscles. Myofascial trigger point activity dramatically increases in response to psychological stress and diminishes with relaxation; it has been observed that TTH worsen with stress and improve with relaxation. 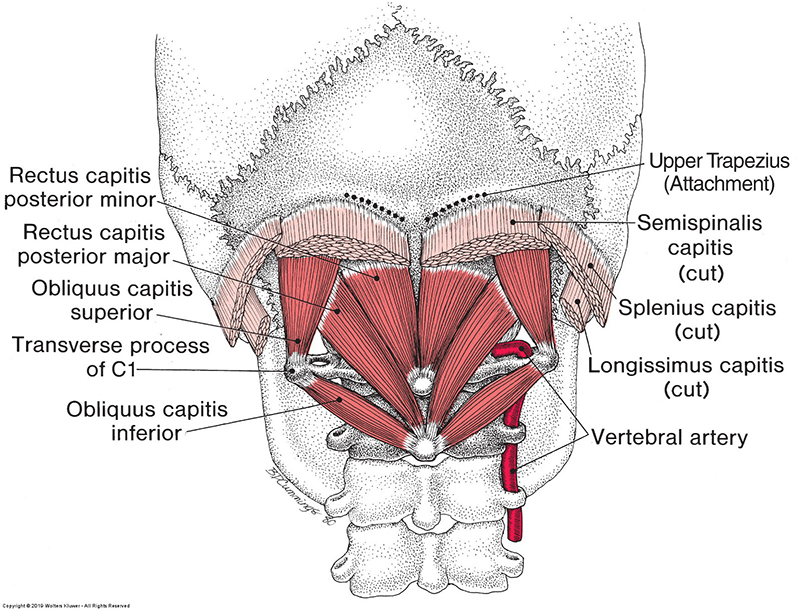 When considering the anatomy involved with TTH; the average head weighs about 15-18 pounds. The occipital condyles and facets of C1 have a similar surface area as touching two fingertips together. This mechanism is kept in balance by tension exerted by muscles and ligaments around the neck and head; the muscles responsible for the posture of the head form two inverted triangles just below the occiput. It is not surprising that when this delicate balance is disturbed the resulting pain reverberates throughout the entire structure. Additionally, postural and movement patterns in other parts of the body exert force on the spine which can result in tension at this delicate occipital connection. For example, when a foot strikes the ground too hard on the lateral side, it may pull on the knee which then demands compensation at the hip. The sacrum then must adjust to the pelvis which creates a slight twist in the lumbar vertebra; this force is then transmitted up the spine to the head.

Some of the major causes of TTH can include: 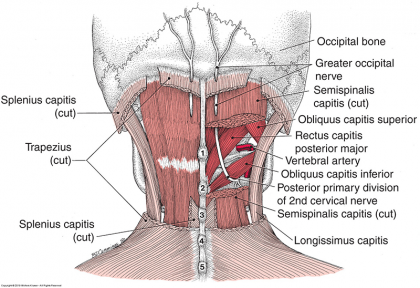 The American Migraine Foundation’s definition states: “referred pain (pain perceived as occurring in a part of the body other than its true source) perceived in the head from a source in the neck.” They are characterized by:

In addition to these characteristics, the head pain is typically increased by head movement, maintained neck postures, or external pressure over the cervical joints.

The word “migraine” is derived from the French word, “hemicrane,” or half-head because the characteristic pain presentation is half of the head. These typically last from 4 – 72 hours and have at least two of the following features:

Migraine without aura can also be termed a common migraine. These have been shown to have focal, cervical, and masticatory muscle tenderness with associated referred symptoms that reproduced or caused headache pain. Typically, these pericranial muscle sites are more tender in migraine patients than non-headache even when the migraine patient is headache-free. Overlapping pain referral patterns from myofascial trigger points in various pericranial muscles produce atypical migraine symptoms that can be unilateral or bilateral.

Pain generated by TTH, cervicogenic, and migraine without aura typically have a steady, deep, aching pain which is very similar to the discomfort experienced from trigger points. The pain can also be referred to and from the cervical spine. “A recent study found a prevalence of neck pain of 89.3% in patients with migraine combine with TTH, 88.4% in those with TTH, and 76.2% in those with migraine.

It is also possible for people to experience two types of headaches simultaneously. If these headaches are triggered by pain referred from trigger points, they can be called myogenic, (beginning in the muscle) headaches. 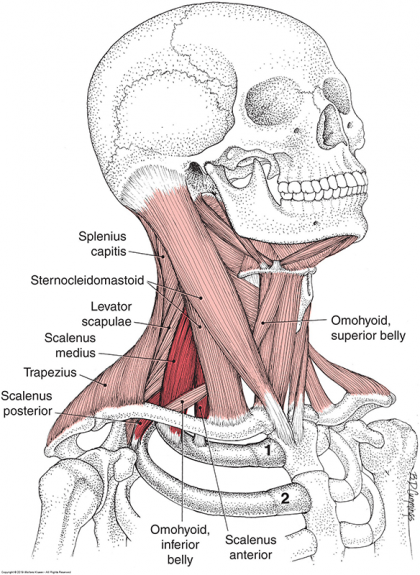 These headaches involve a significant component of pain referred from trigger points. Therapists working with these muscles must go back and forth between active trigger point therapy and the area of referral to apply specific point work.

When considering headache treatment through Massage Therapy, the Therapist should consider “muscles innervated by C1-C3 or the trigeminal nerve should be explored for the presence of trigger points.” Those muscles include:

Do you have questions about the Advanced Neuromuscular Therapy Program? Complete this form to connect with an admissions representative today.